The challenge inspired him to develop a new filter last November in the hope it would catch the virus just like those that trapped dust and other small particles in the air. Some scientists have suspected the H5N1 viral strain might be air-borne, thus posing a threat to chickens raised in closed farms.
The problem was the bird flu virus was so tiny he needed to design a special air filter to trap it. And because it was dangerous ous and he was prohibited from putting the virus through the filter for a test, Mr Pholsak created a mathematical equation to prove the filter?s capability when dealing with he virus. "It was exactly 5.35am on Dec I when I solved the new equation, "Mr Pholsak said, recalling the outcome after his month-long effort .
The equation, showing the relation between the size of small particles including bird flu virus and the number of filters needed to trap them, was first used in making an air filter to hold back particles in cigarette smoke . The same equation was applied to the H5N1 strain of virus with its only 20 nanometre-long "spikes" ( one nanometre is one billionth of a metre).
The virus would, according to the equation, be trapped by four-layer filters. A technique called electrostatics used in many air filters, also helped trap the virus with an electrically-charged filter. In the case of the bird flu virus. Mr Pholsak said, their cells would be broken by high voltage in the filter layers. Last Thursday, his four-layer filter, designed particularly to combat bird flu virus, snapped up the Invention Award given by the National Research Council of Thailand. 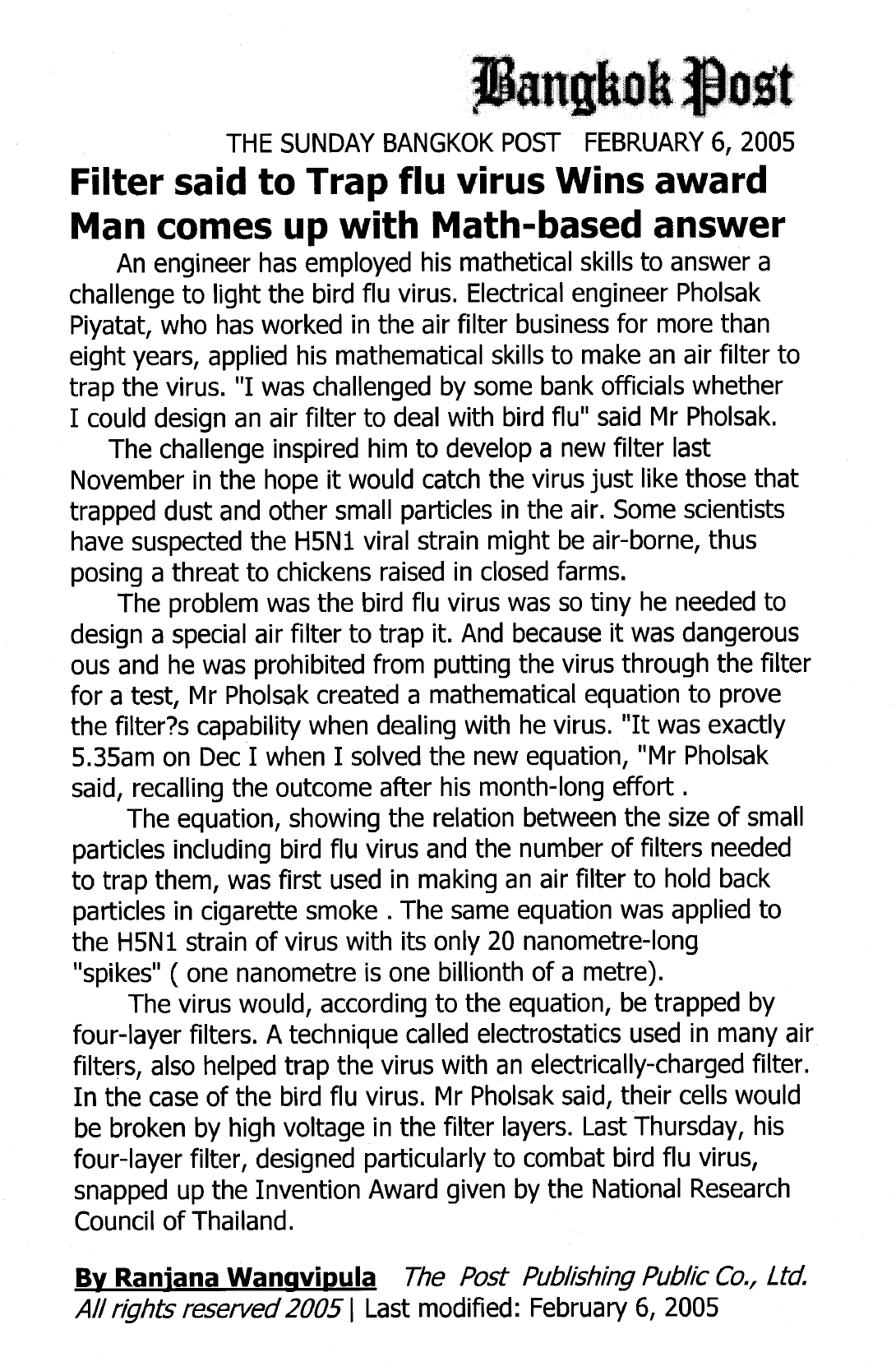